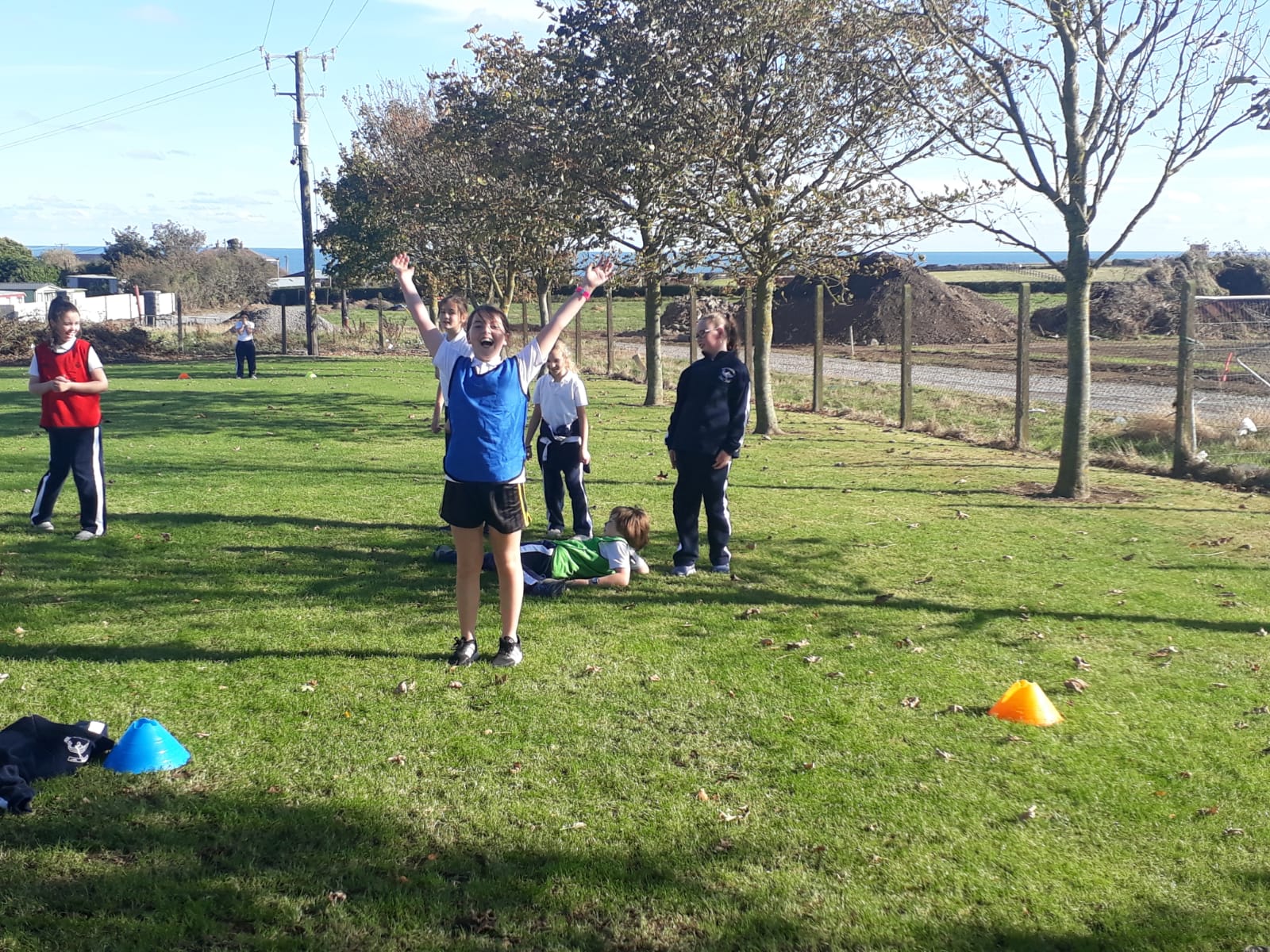 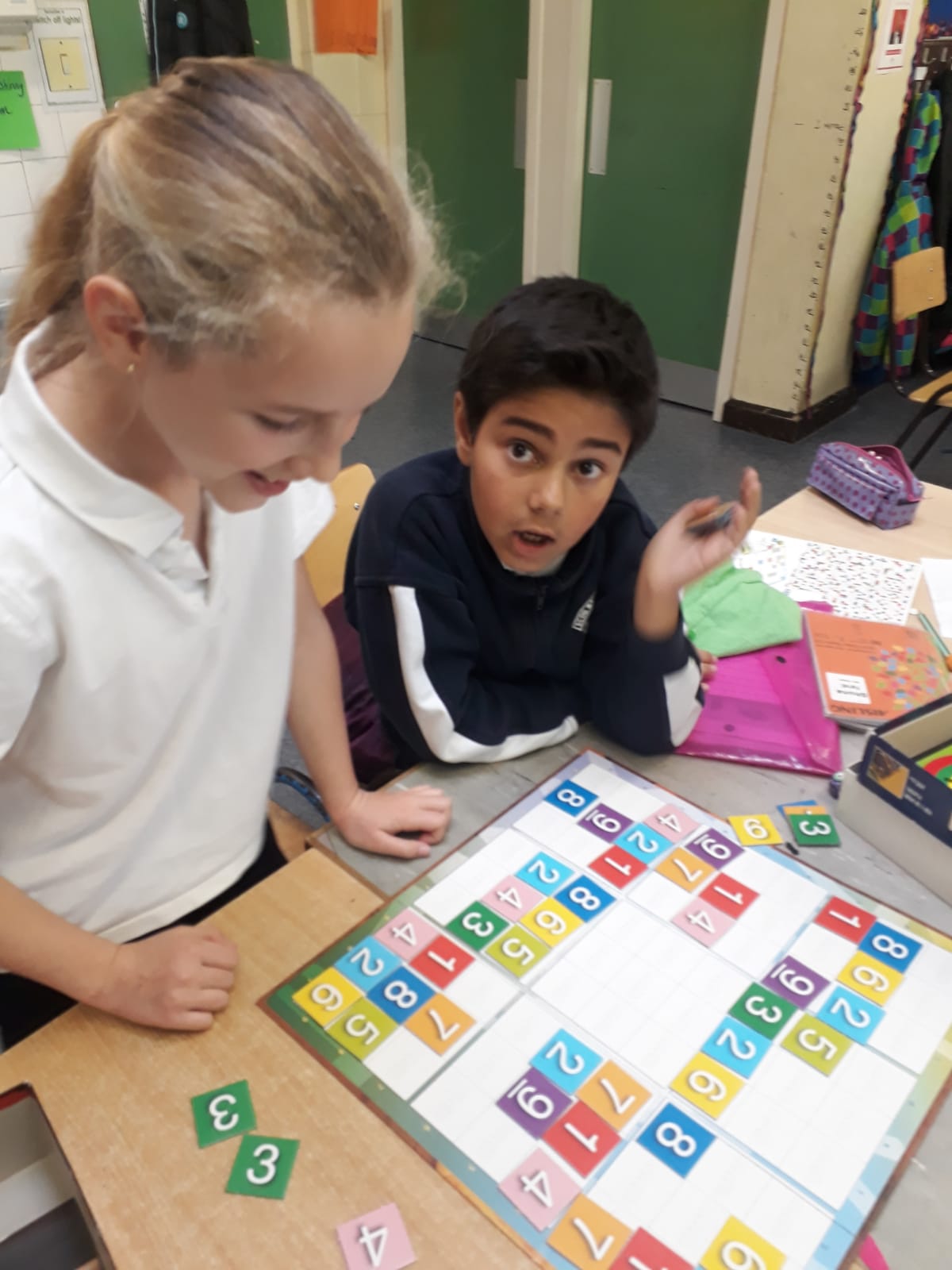 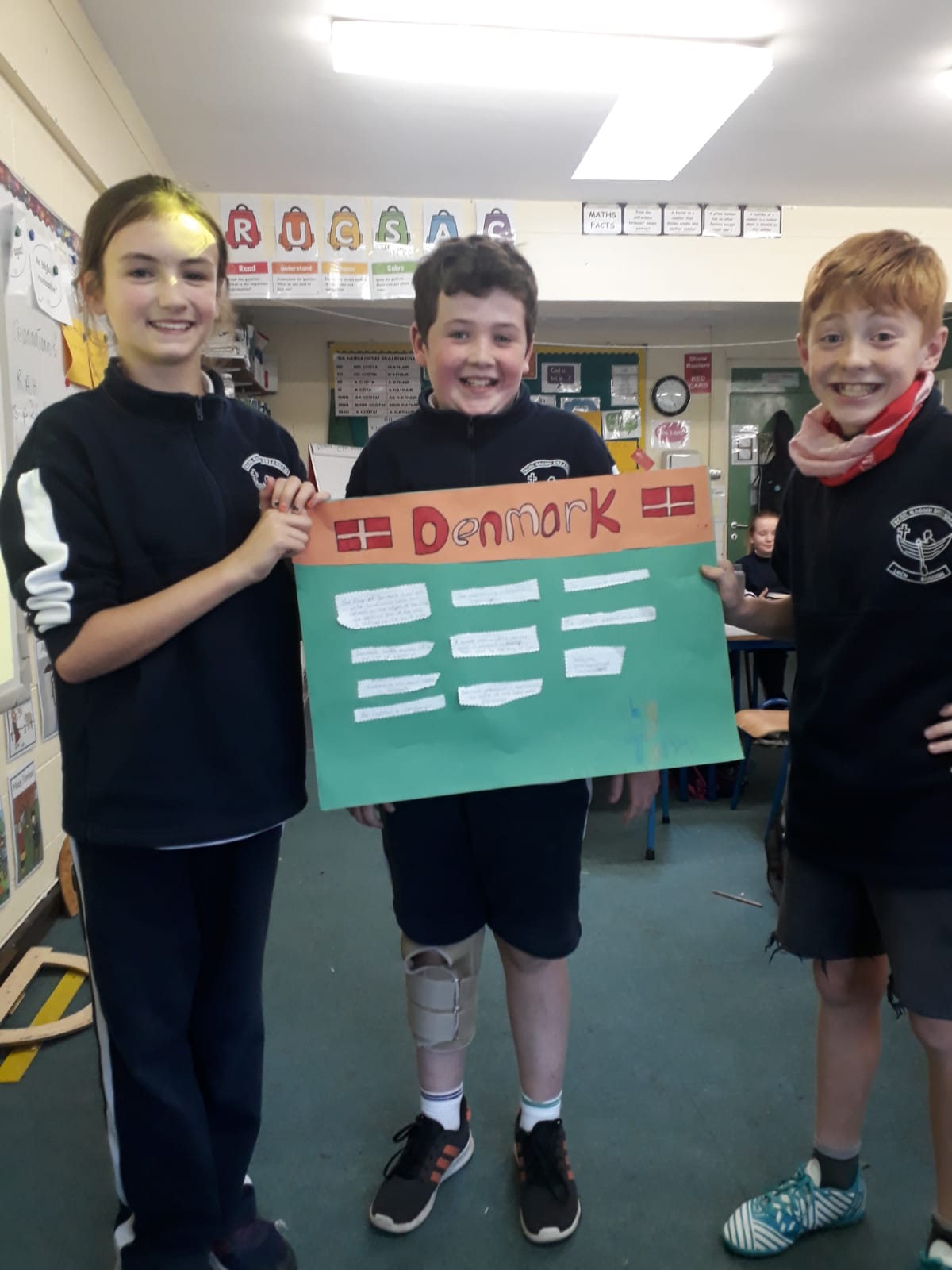 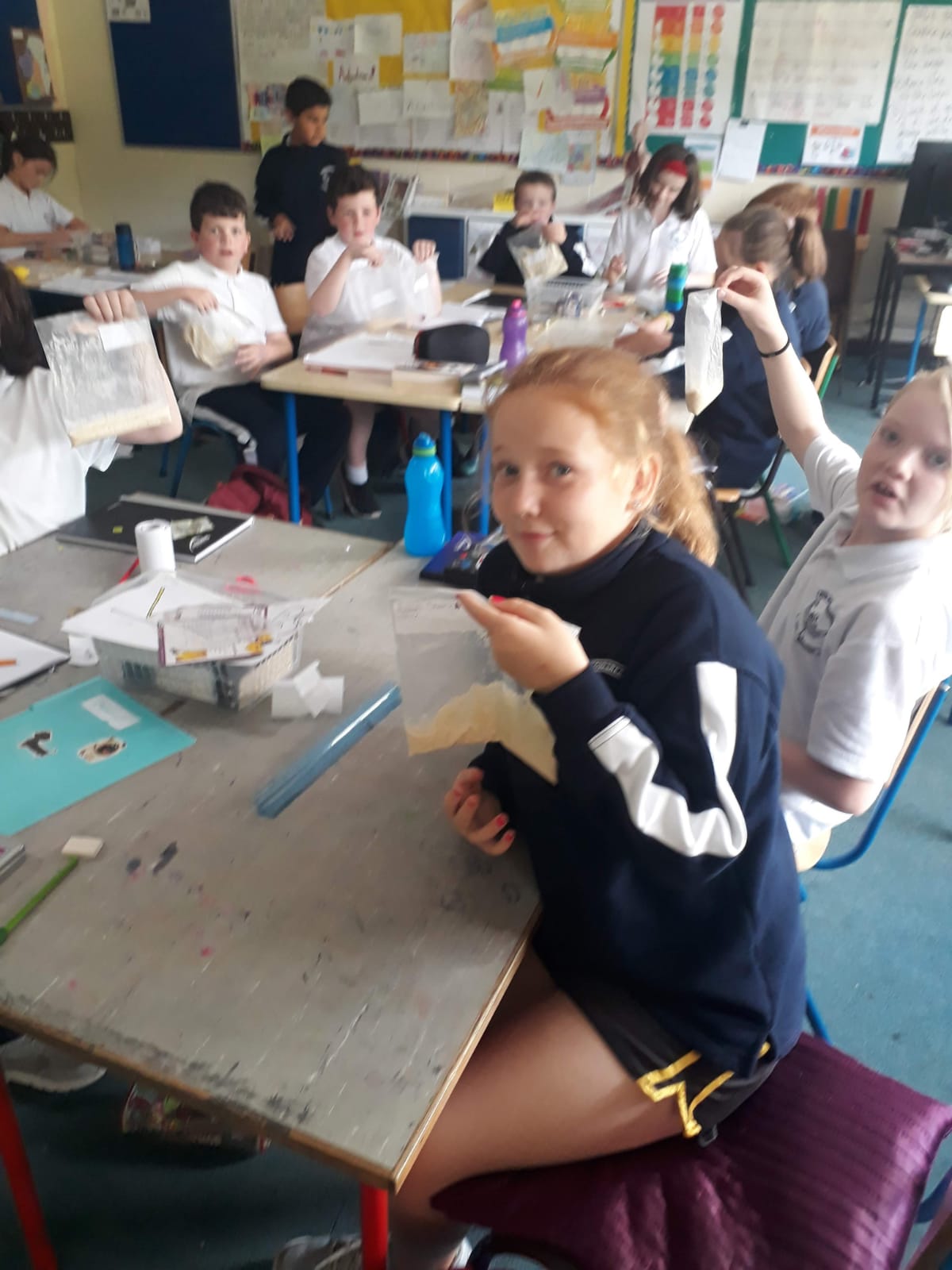 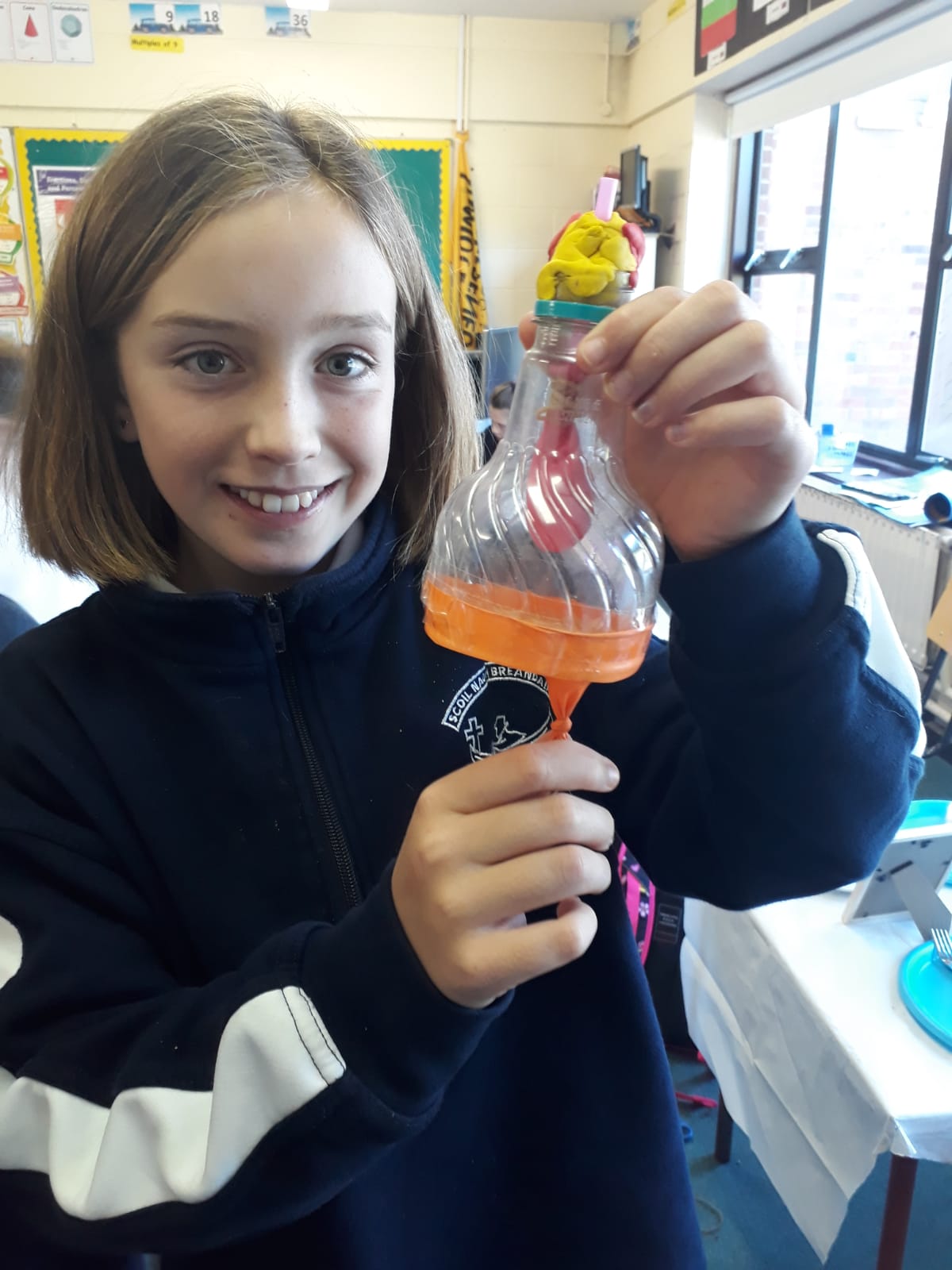 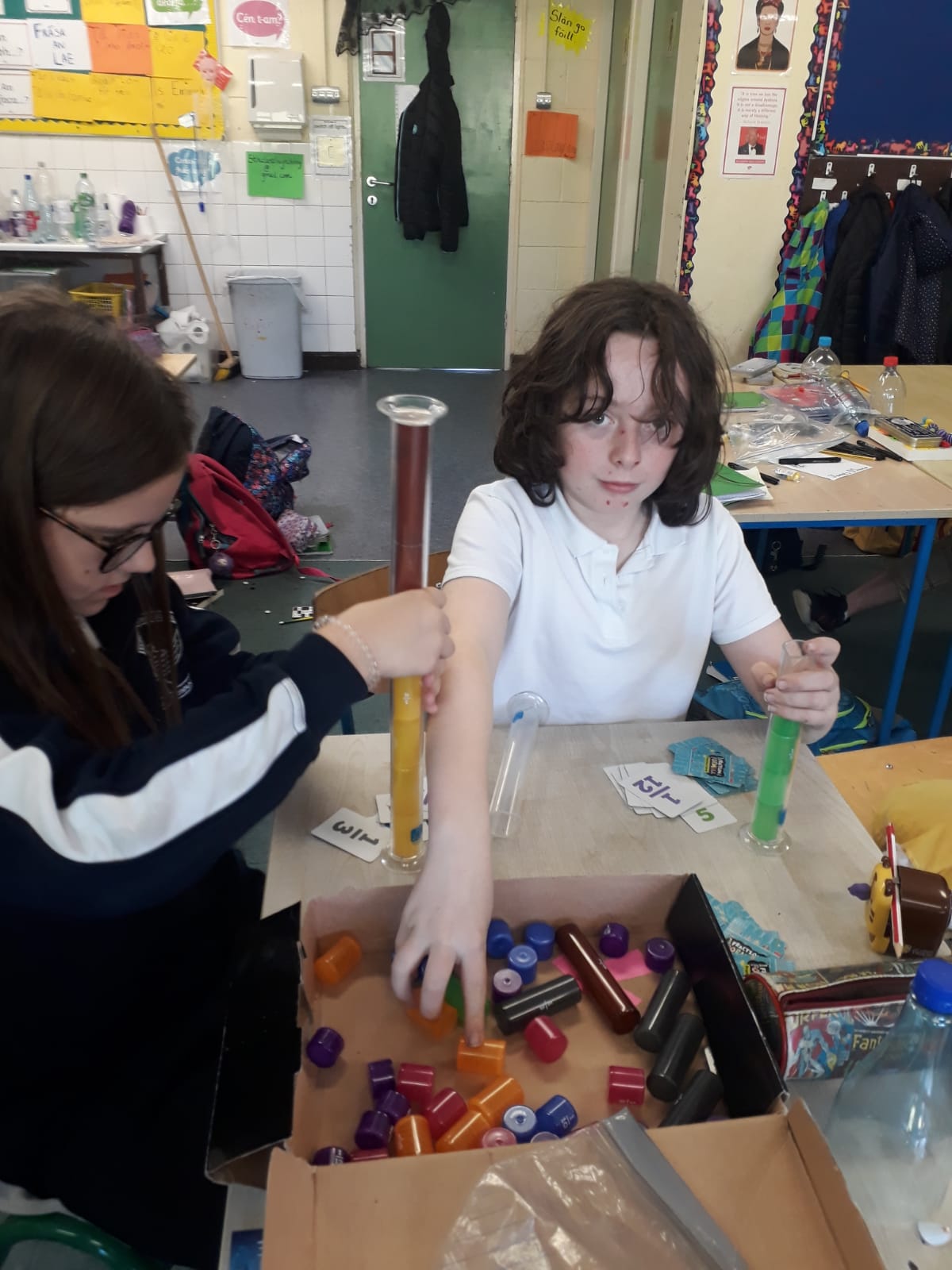 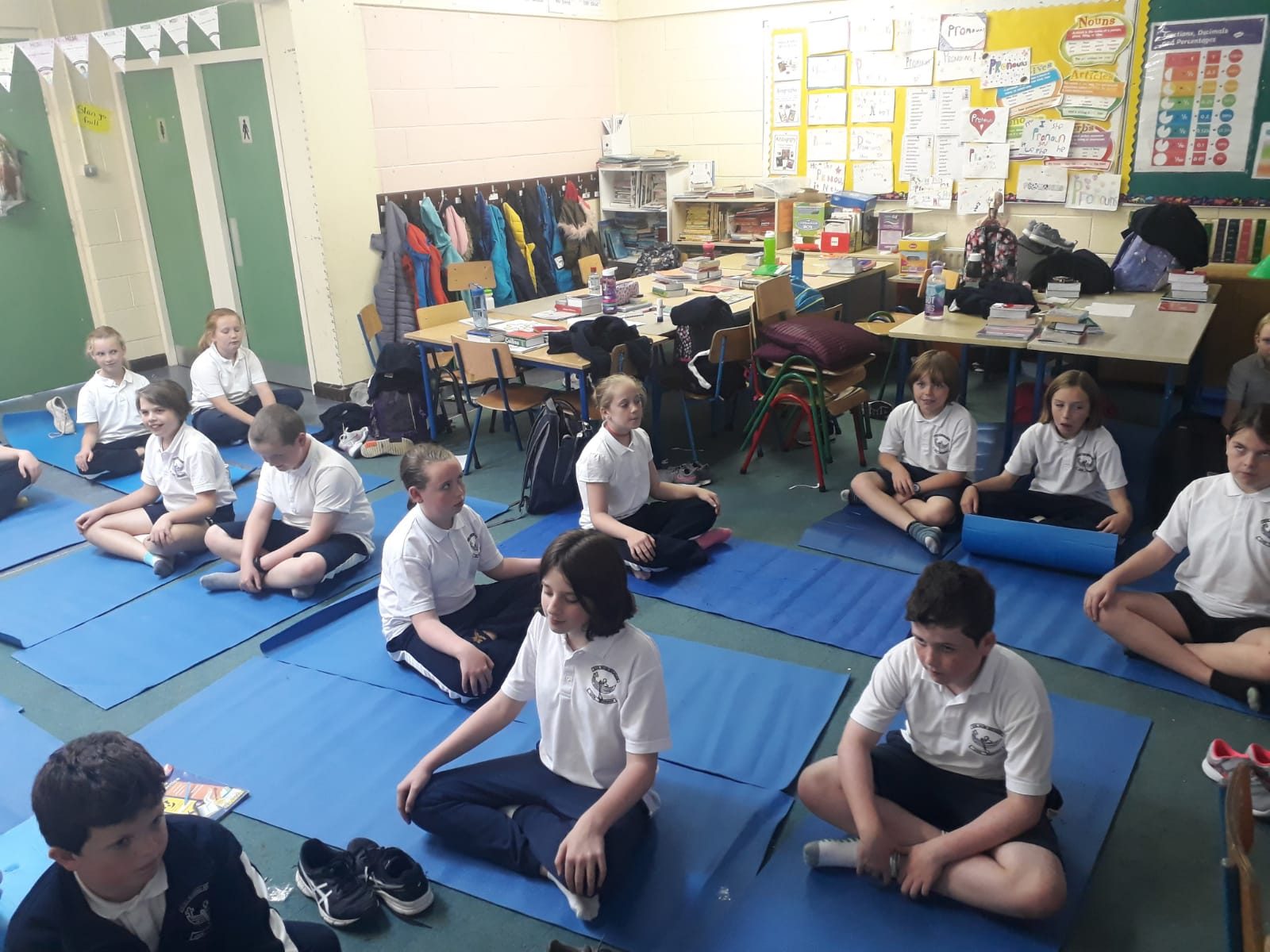 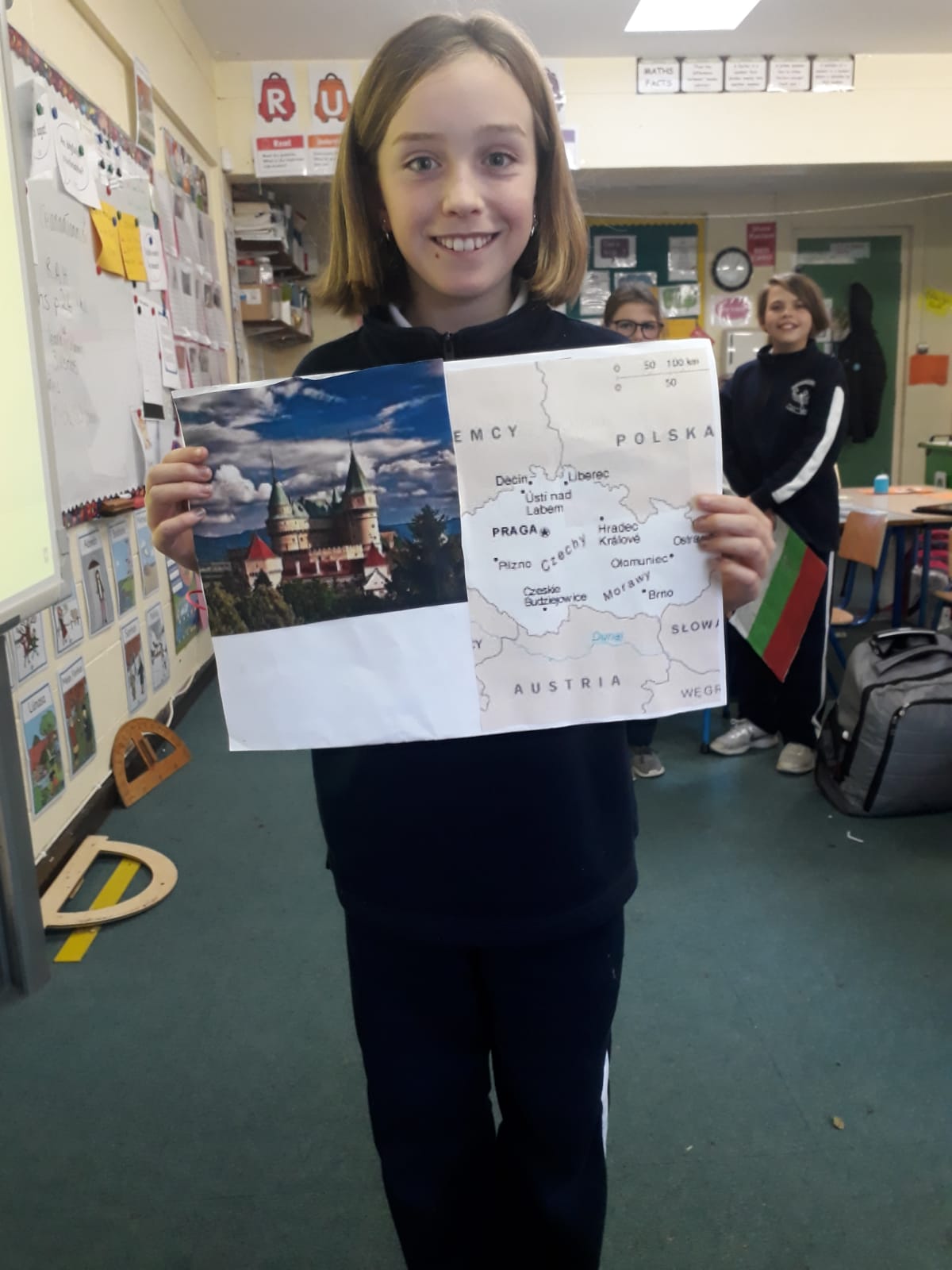 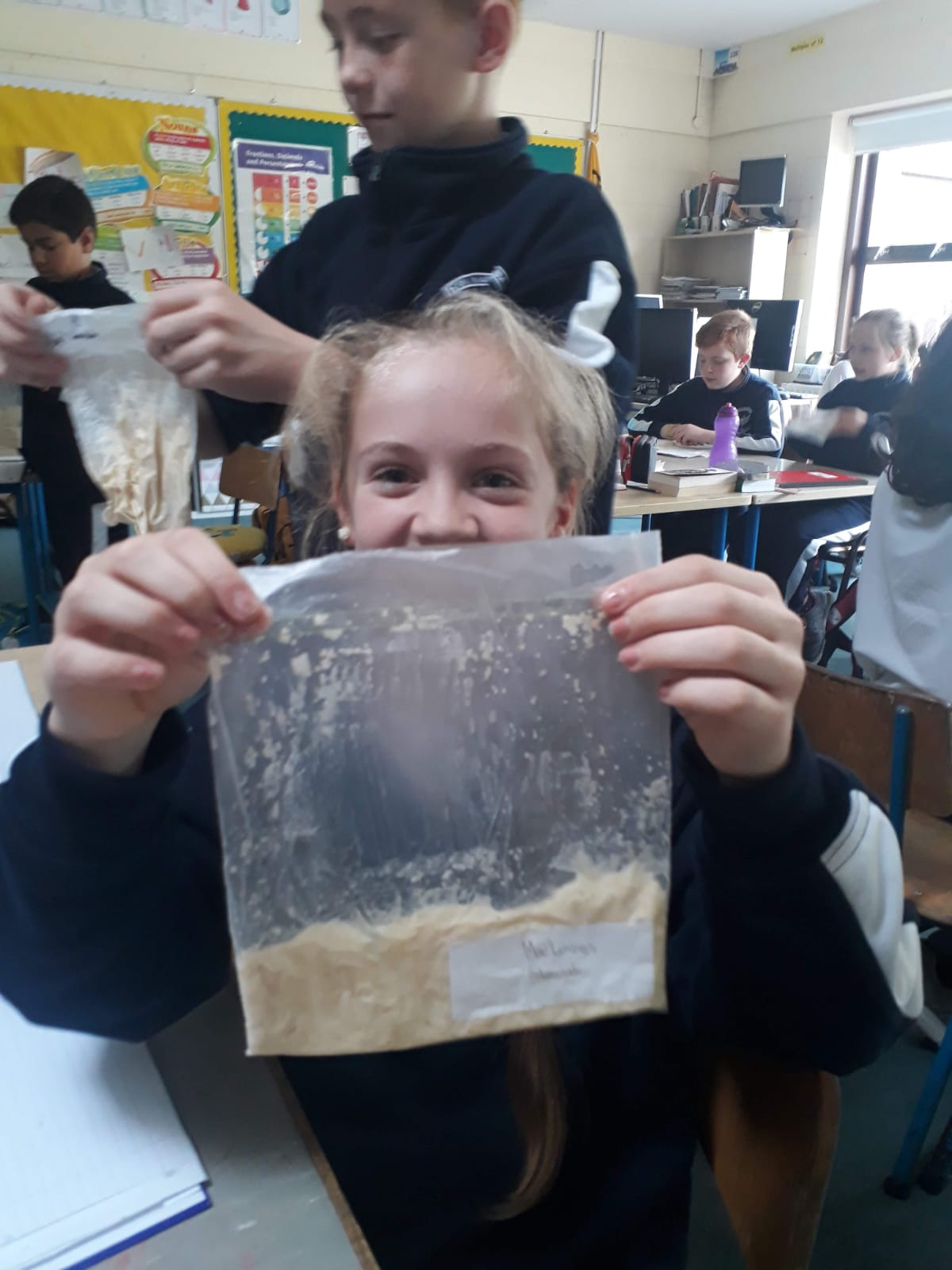 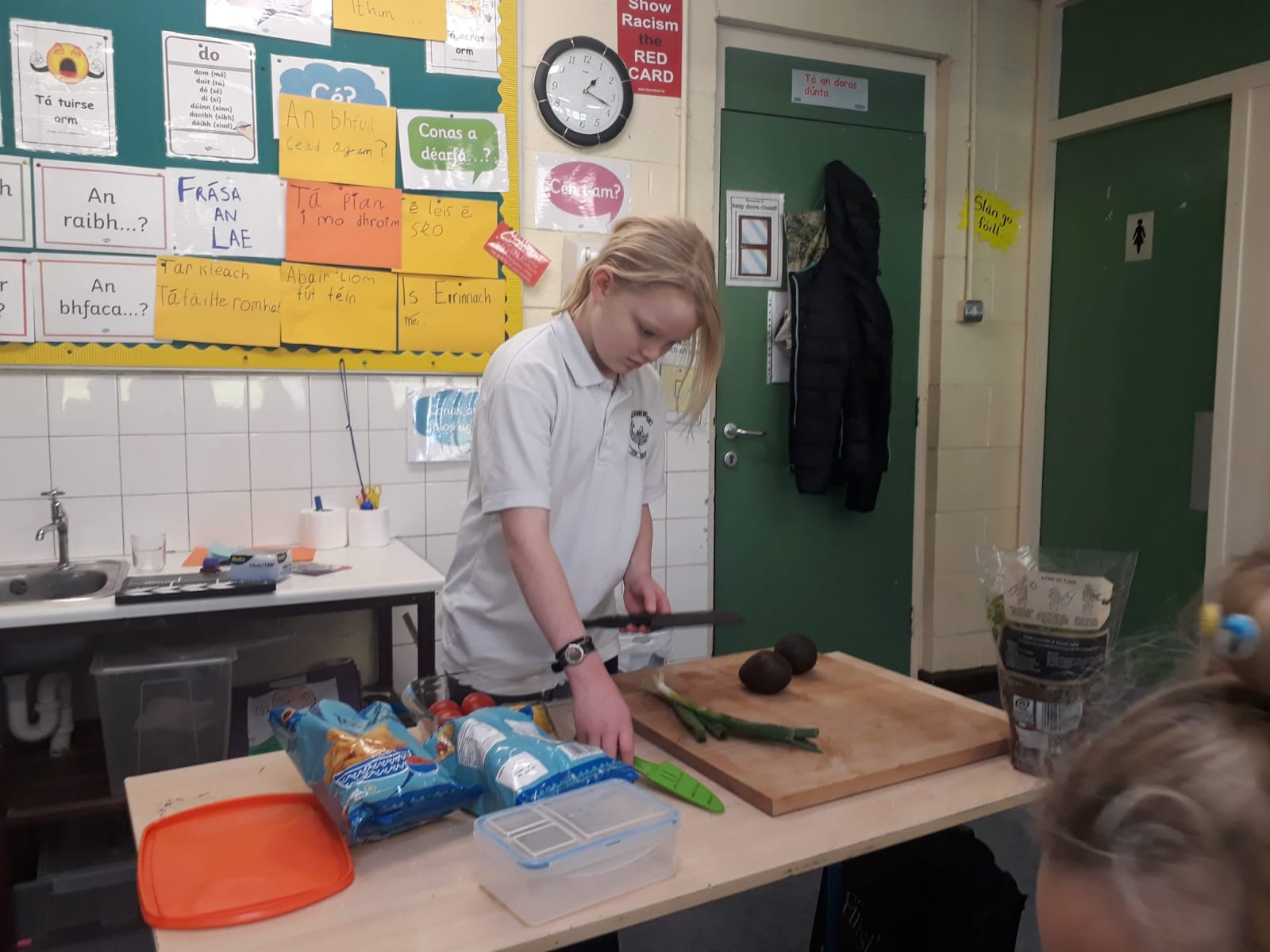 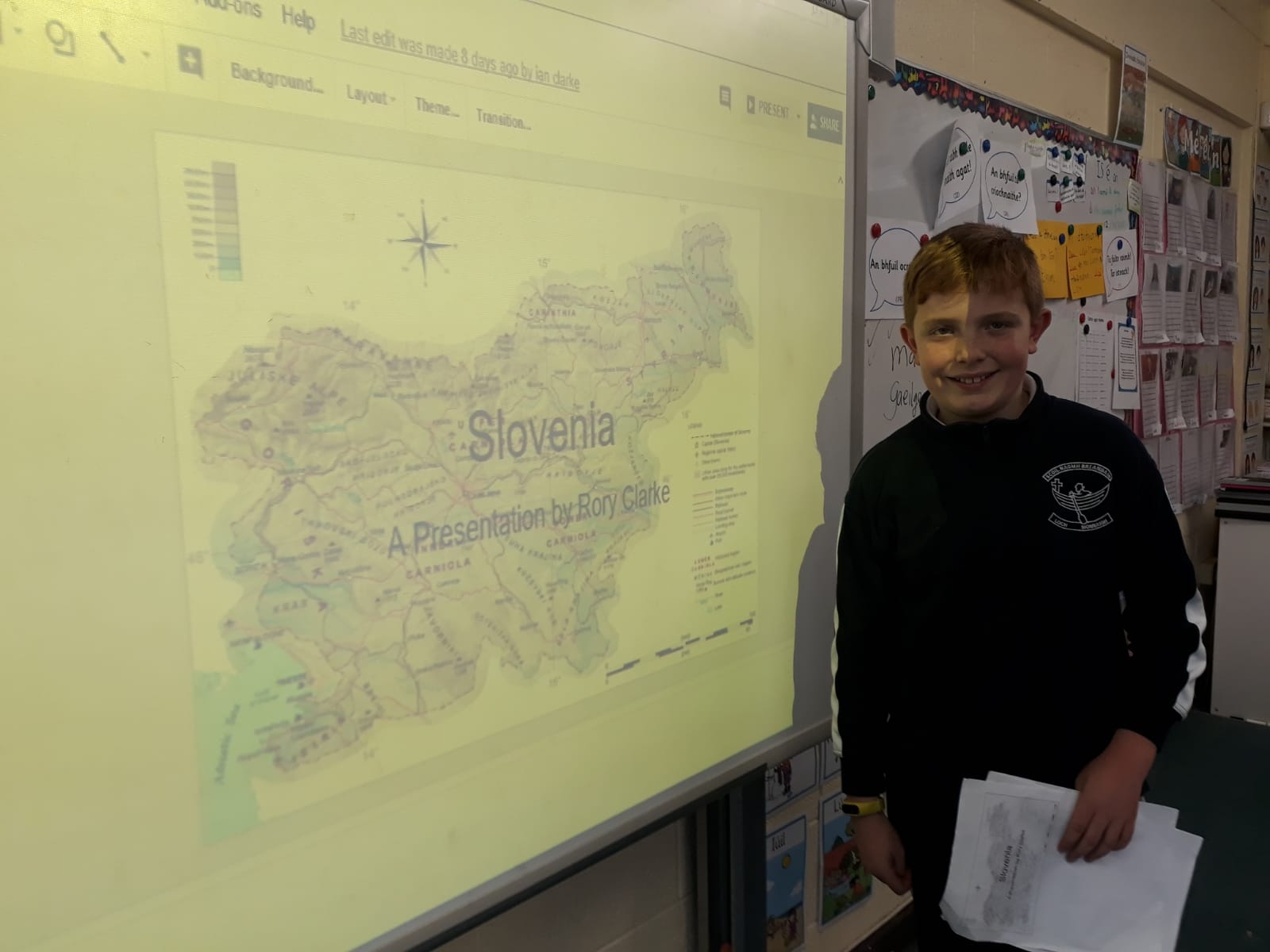 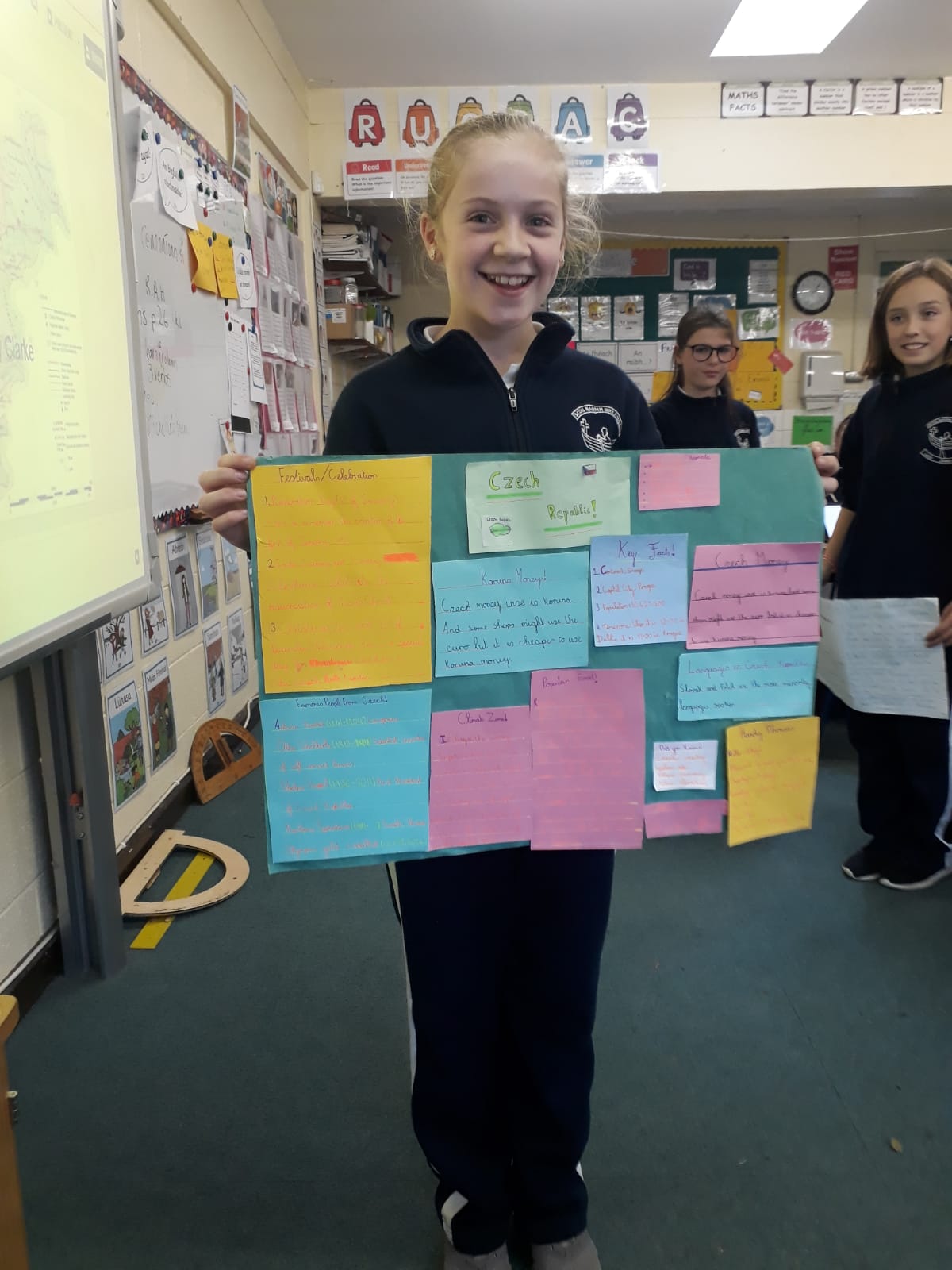 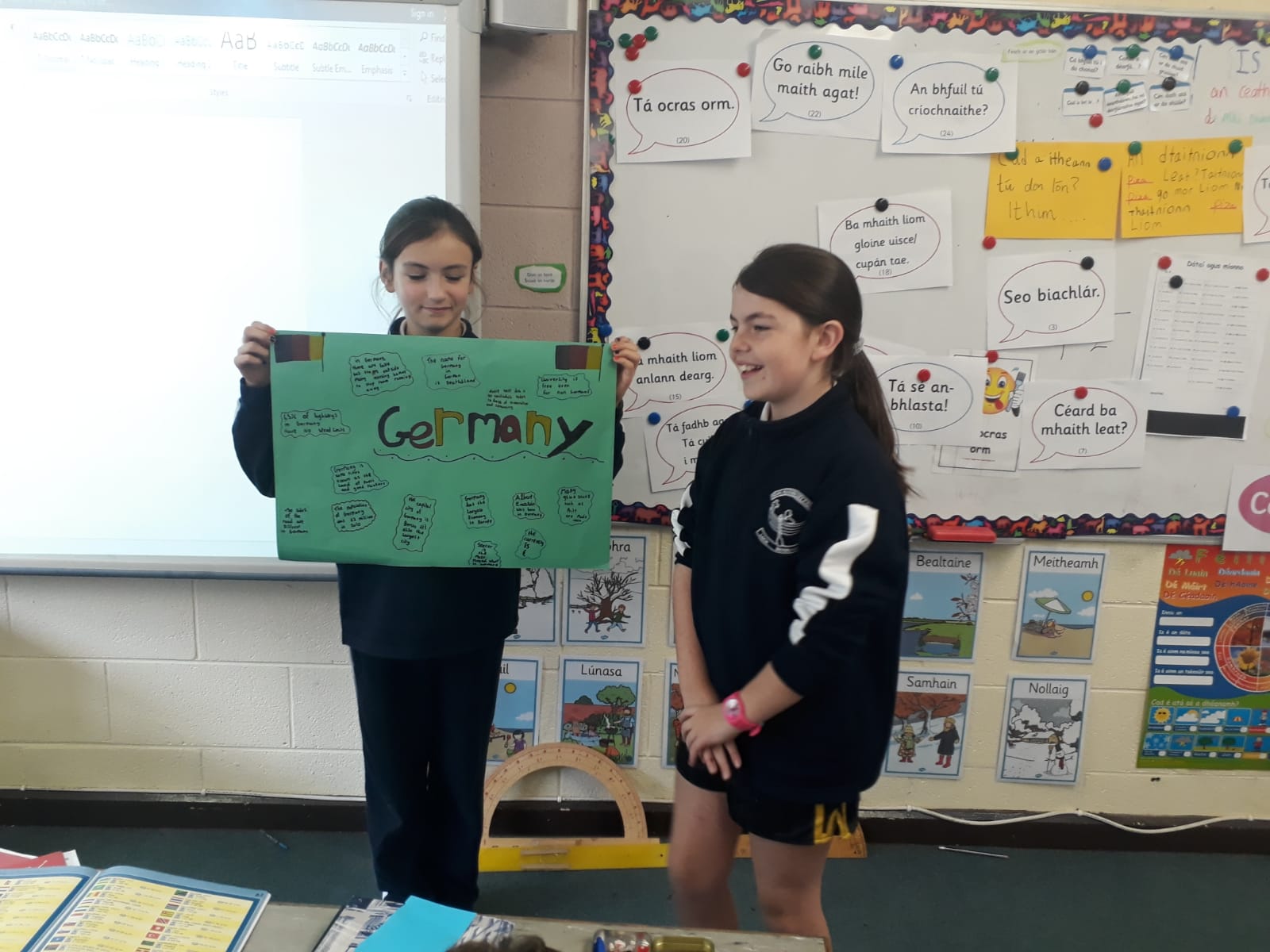 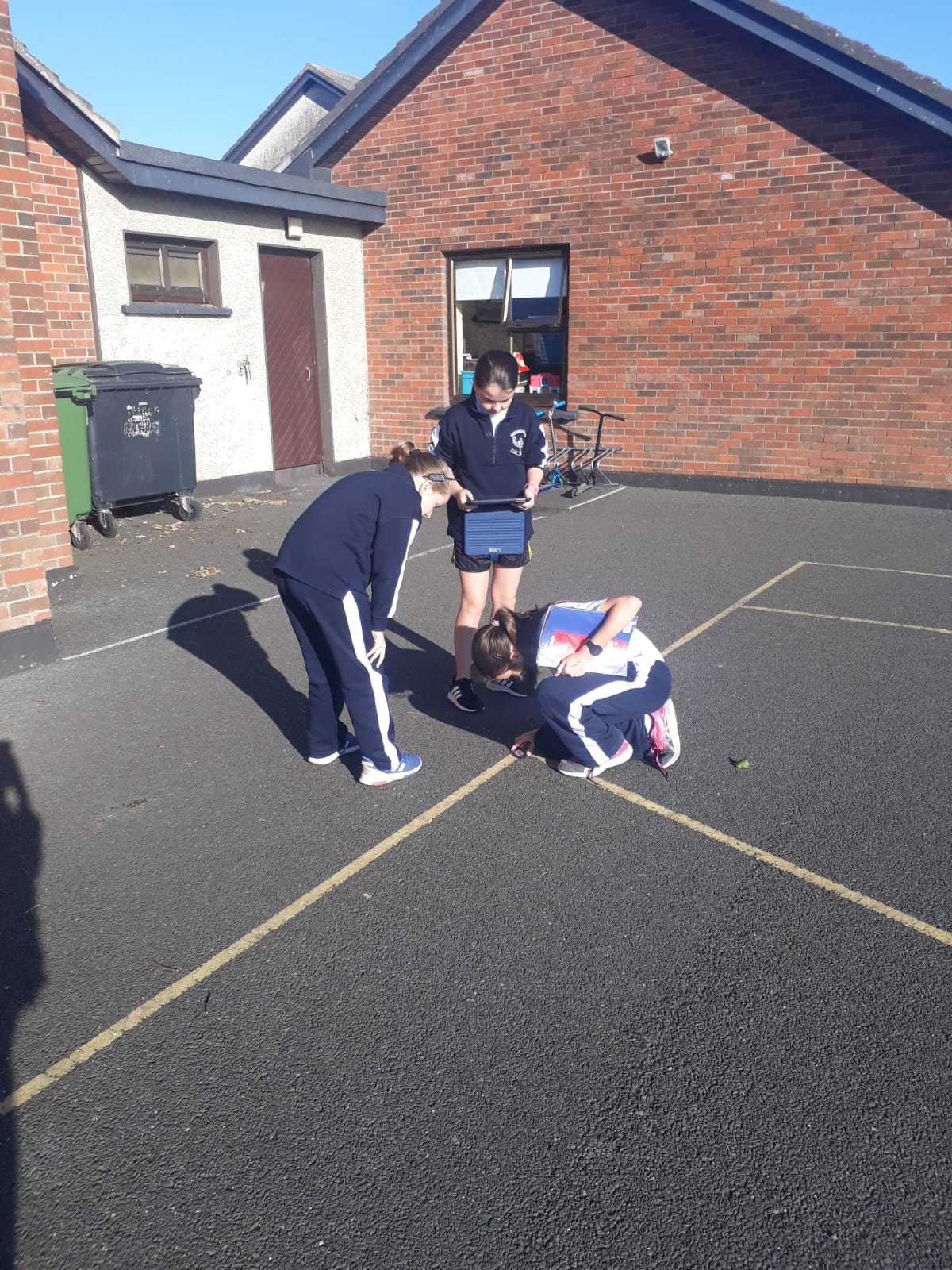 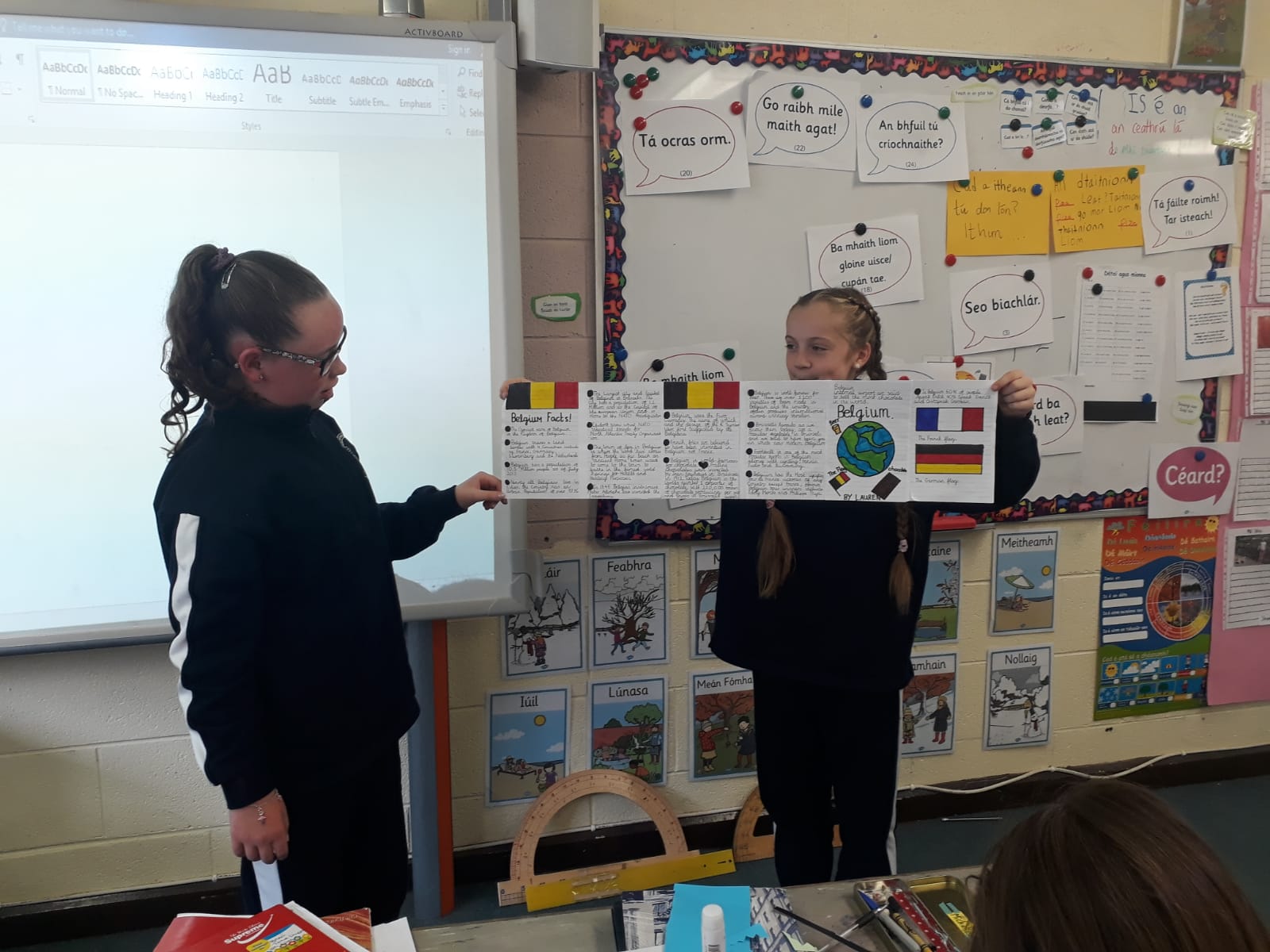 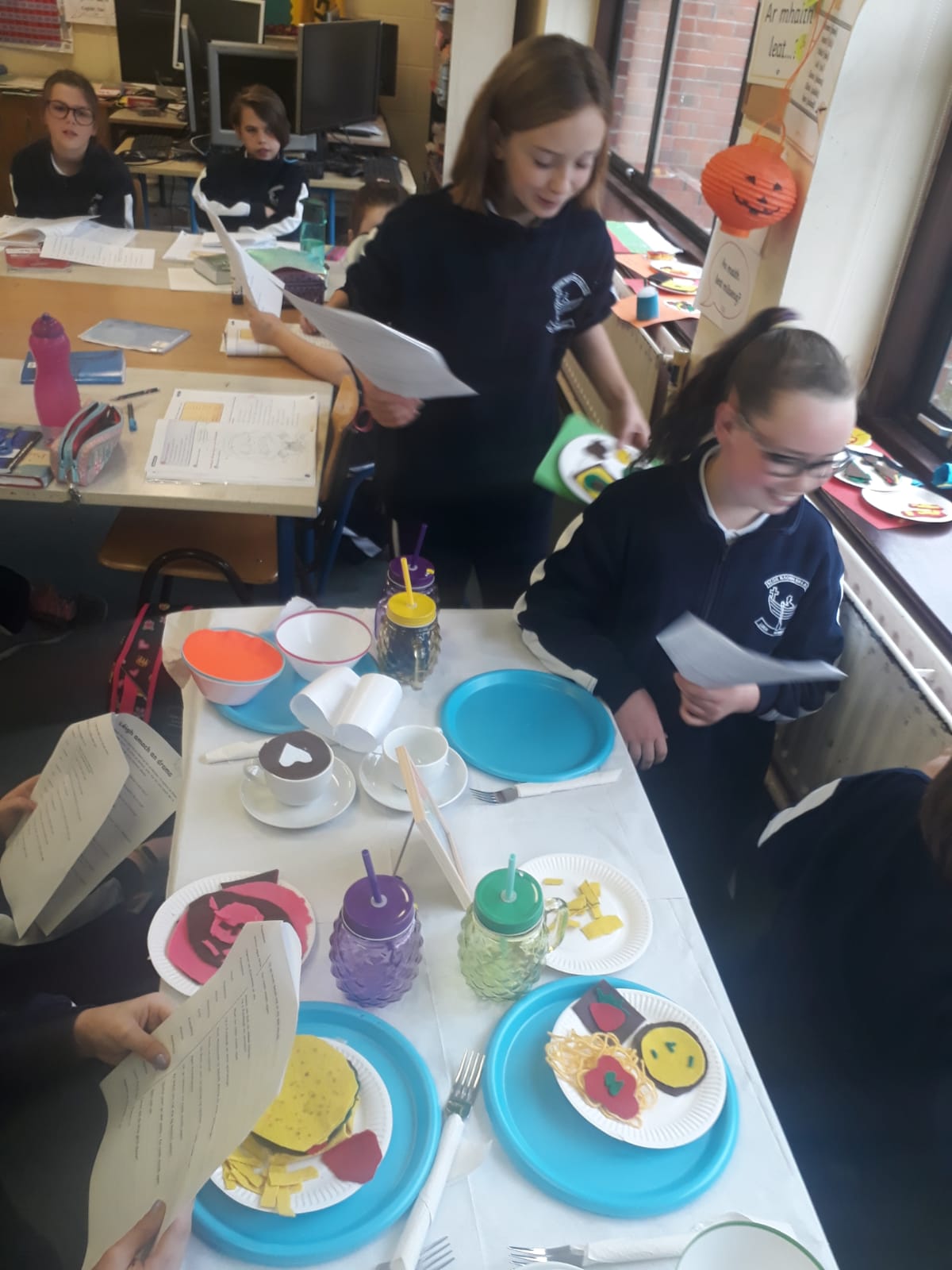 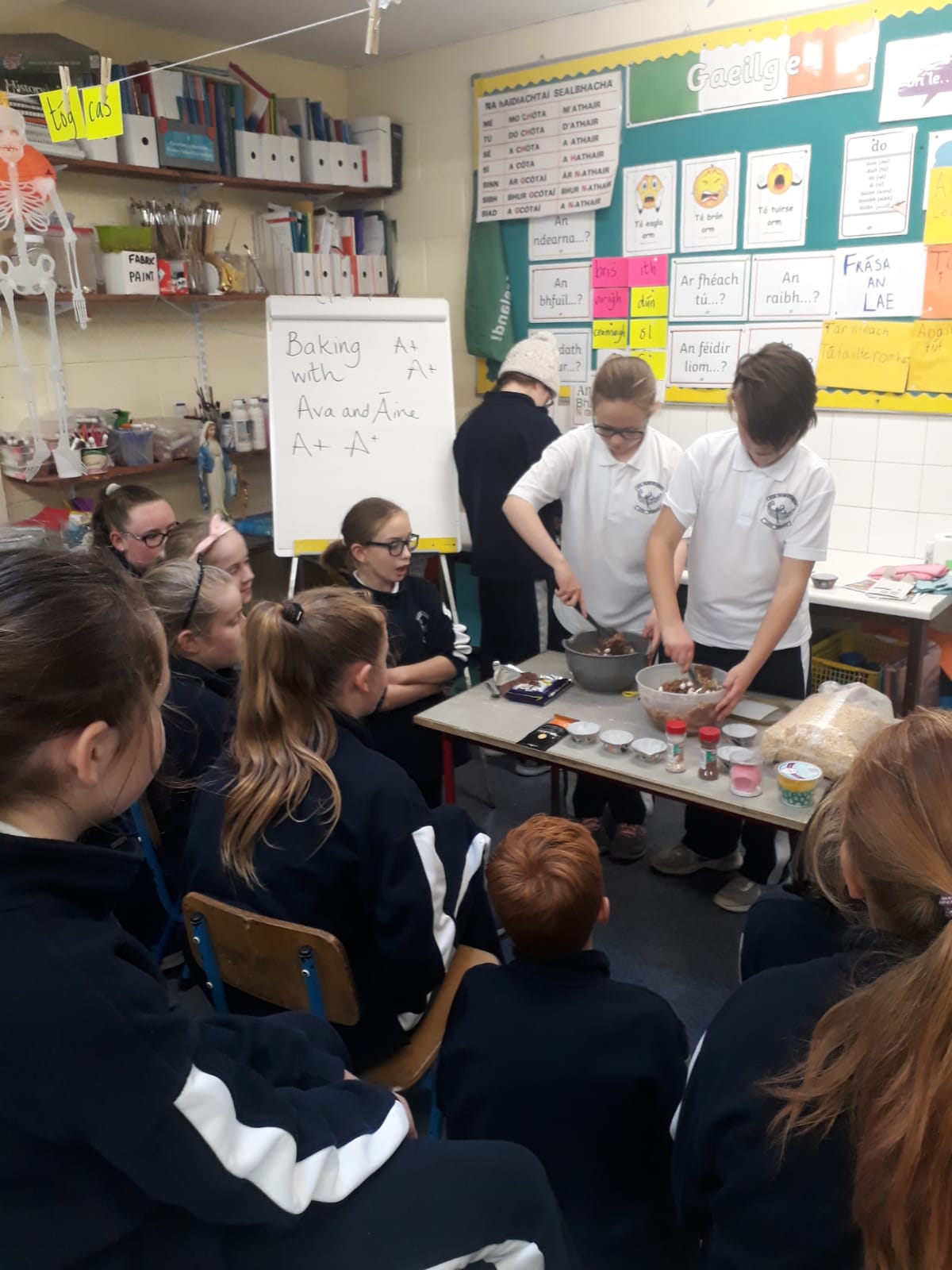 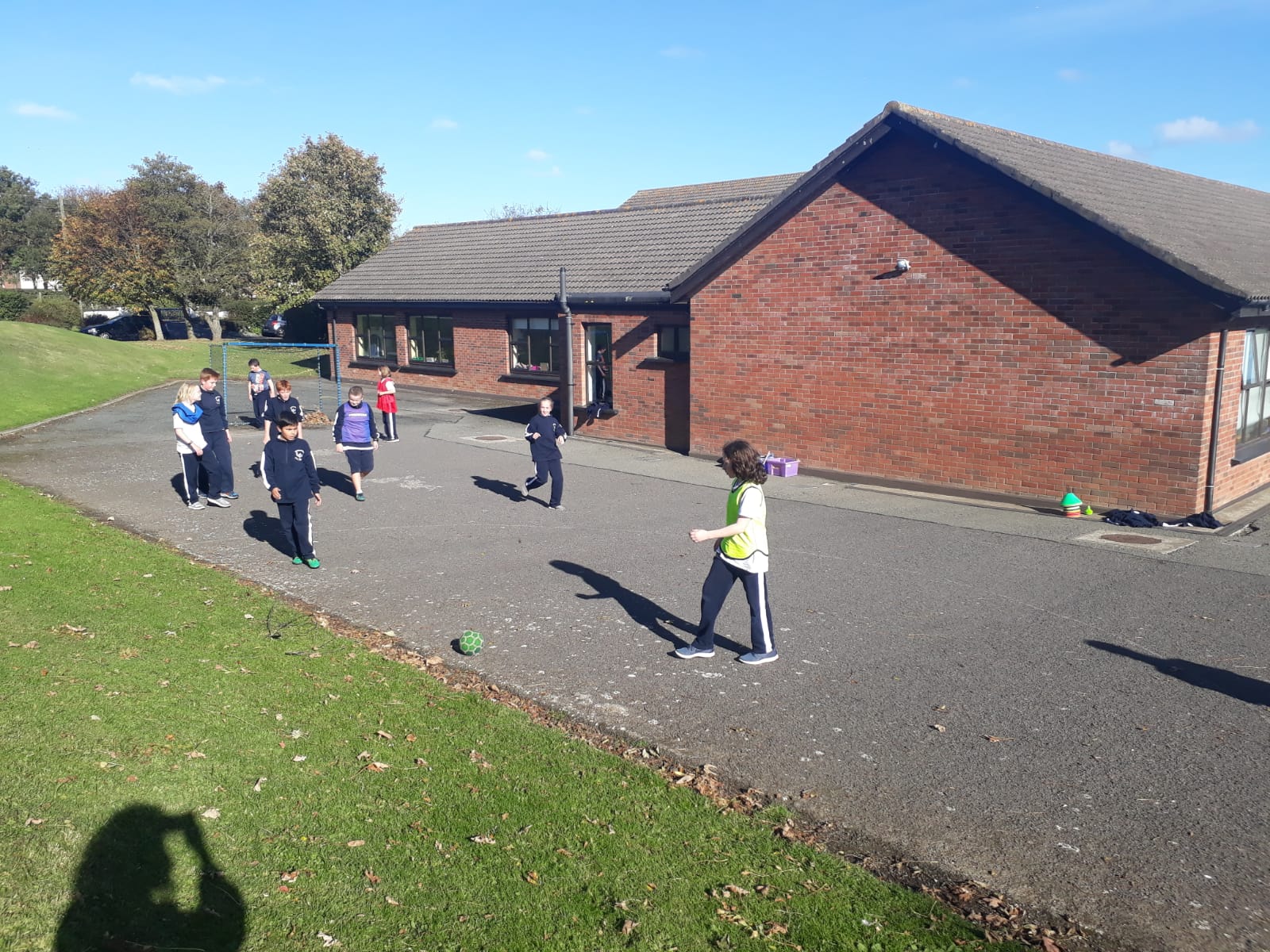 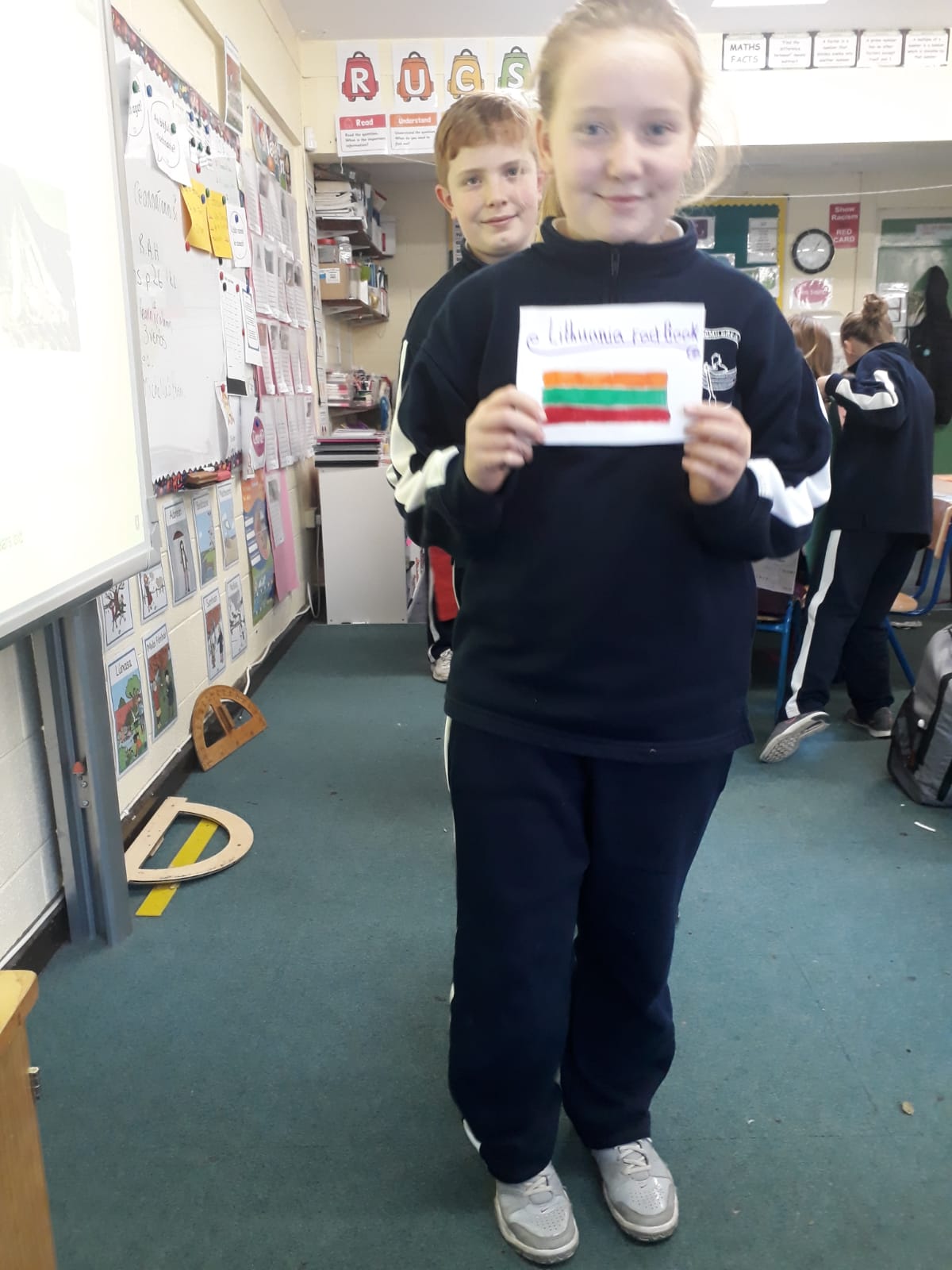 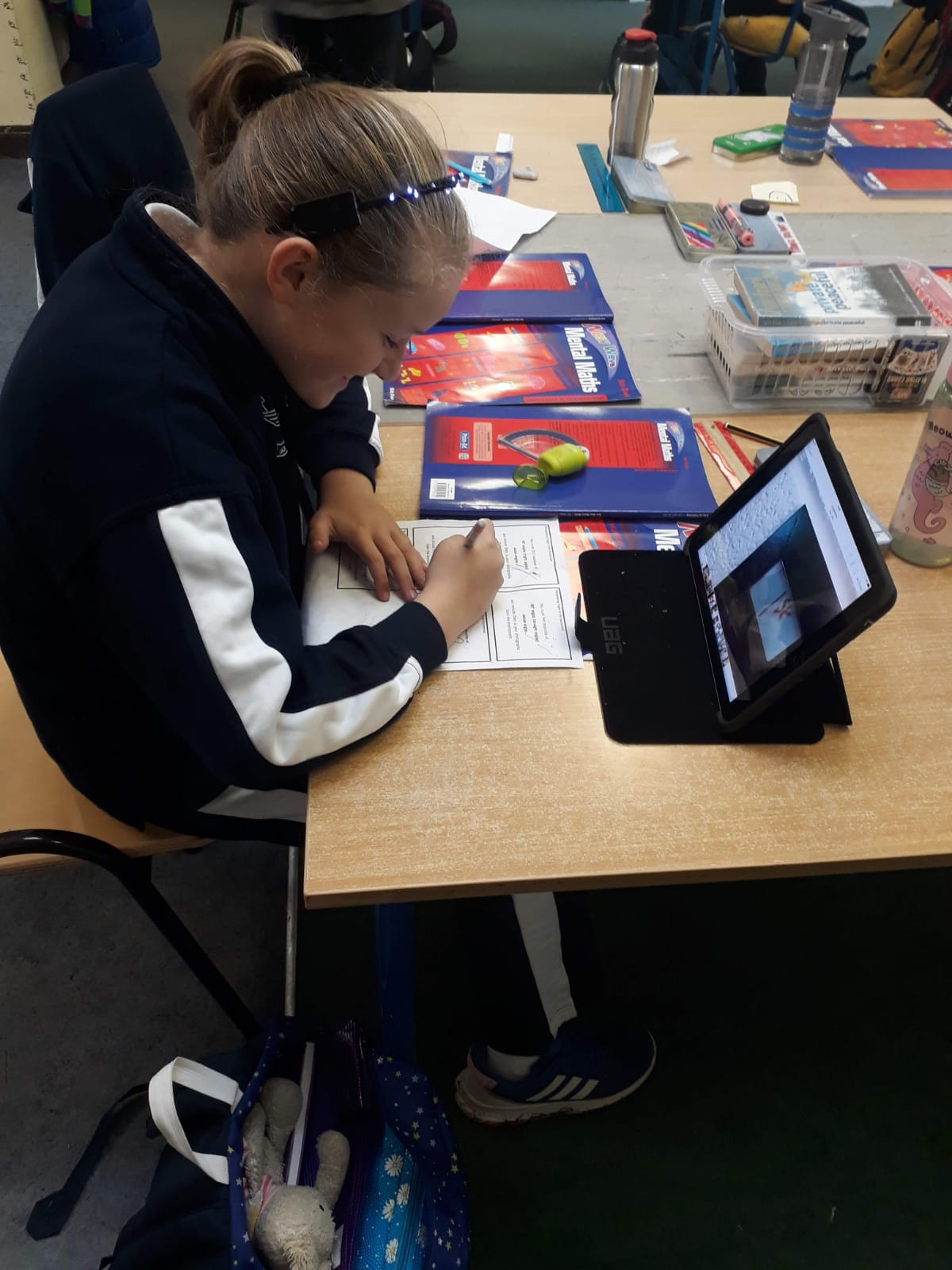 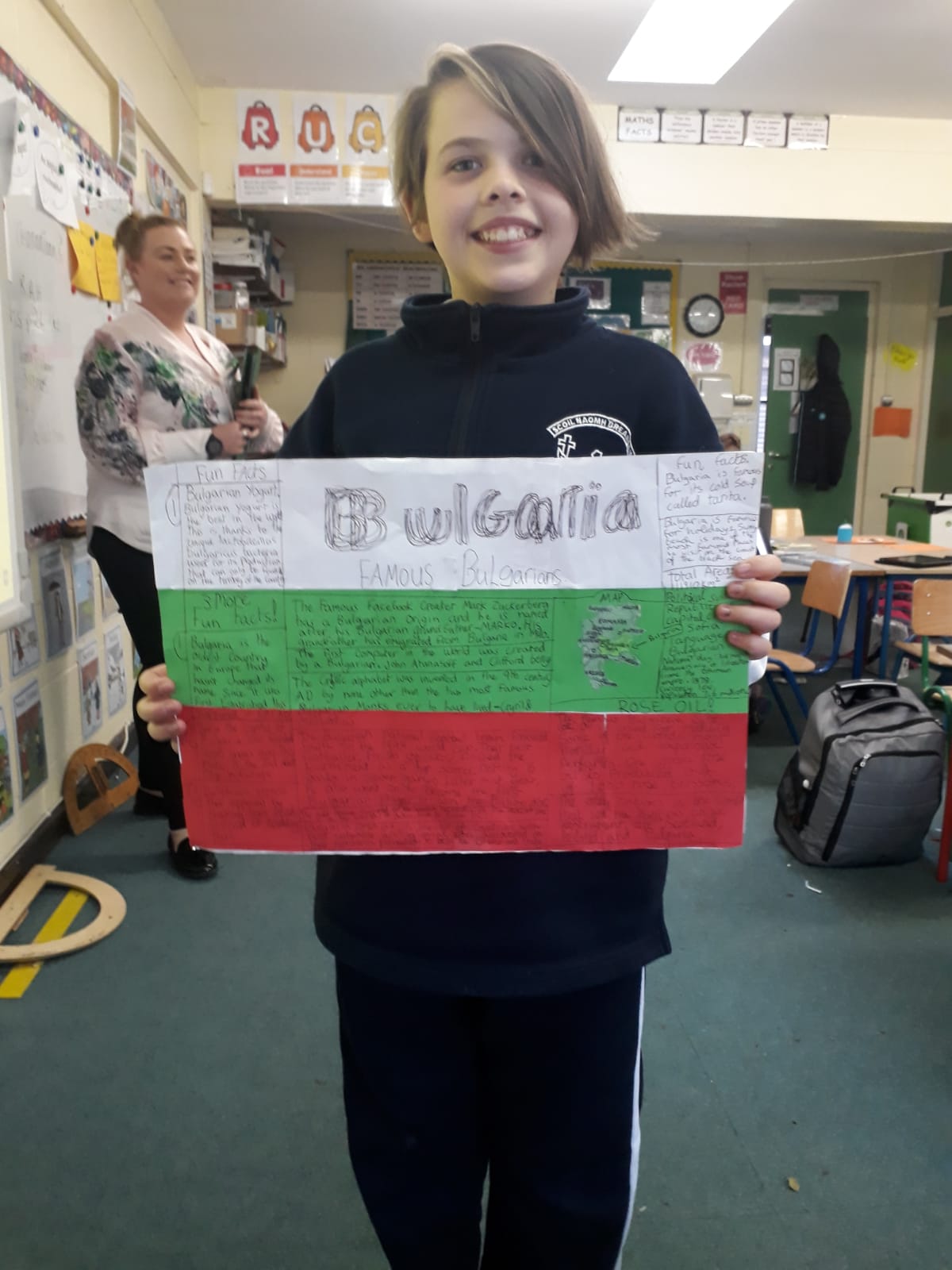 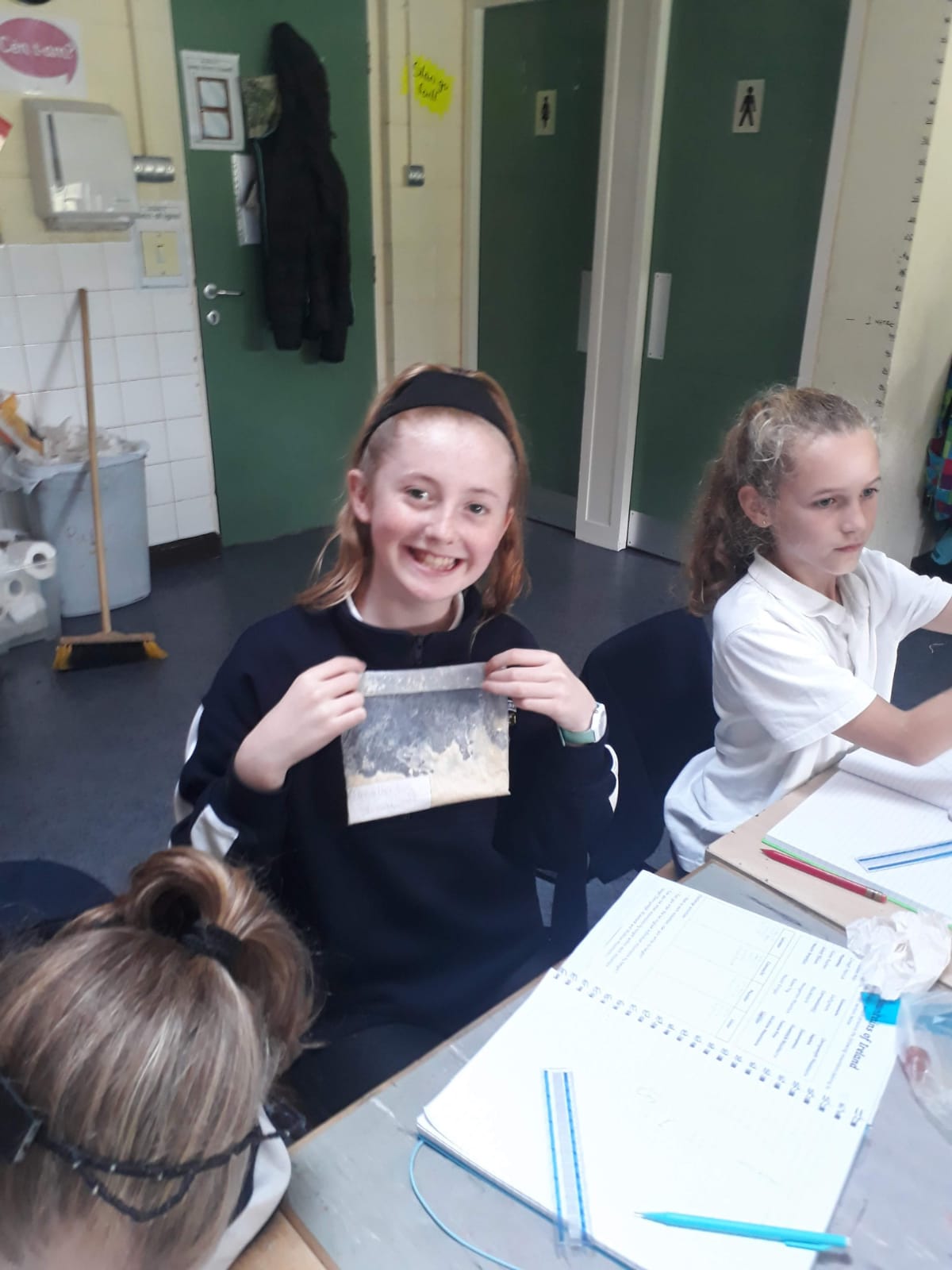 We’ve had a busy term so far.
In Geography we’ve learned about the counties in Ireland. We’re doing projects on the countries in the E.U.
In History we learned all about Harry Hawker and Diarmuid and Gráinne. We’re learning all about World War 1 at the moment.
In Science we’ve been learning about our bodies. We’ve learned about the respiratory system and the digestive system. We’ve made our own stomachs and lungs.
In Maths we’ve tackled long division and explored angles.We did an angle hunt outside and around the school using IPADS to record our results.
In Art we learned about self-portraits and studied the Mexican artist Frida Kahle. We used zentagles to create interesting pictures. We made our own food from felt to help us with our drama as Gailge ‘An Bhialann’.
We’ve been singing a song made famous by the late Aretha Franklin ‘I say a little prayer’.
We’ve had some cooking demonstrations. First Callum treated us to some guacamole. Áine and Ava also made some rice krispie buns. They were all very tasty.
Spooky season is upon us now and we’re writing some spooky stories and learning about our skeletons.
➤